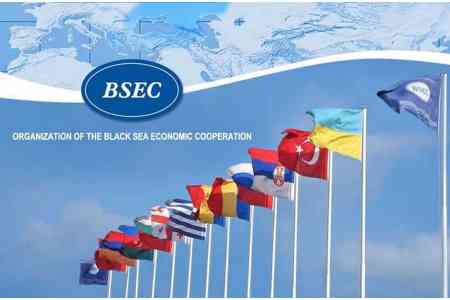 ArmInfo. The first event was held  in Istanbul under the chairmanship of Armenia in the Organization of  the Black Sea Economic Cooperation (BSEC).

According to the press service of the Armenian Foreign Ministry, in  particular, on January 24, a joint meeting of the Committee of Senior  Officials of the BSEC and the Permanent International Secretariat  (PERMIS) of the BSEC was held. As the representative of the Armenian  Foreign Ministry Ashot Kocharyan noted, Armenia, as the presiding  country, will hold in the next 6 months the issues of stimulating  economic cooperation in the BSEC region and will monitor the  implementation of the agreed agenda at the proper level.  Ashot  Kocharyan also presented Armenia's priorities for the period of  chairmanship and conceptual tasks, stressing that Armenia attaches  importance to stimulating economic cooperation at the regional level.  It was also noted the importance of proper implementation of the  organization's economic agenda, and enhancement of the authority and  effectiveness of BSEC activities.

According to the representative of the Armenian Foreign Ministry,  among the priorities of Armenia for the period of the chairmanship is  to ensure further development of cooperation with business circles  and partners.

Following the meeting, the calendar of the Armenian presidency was  approved for half a year, including a variety of events.