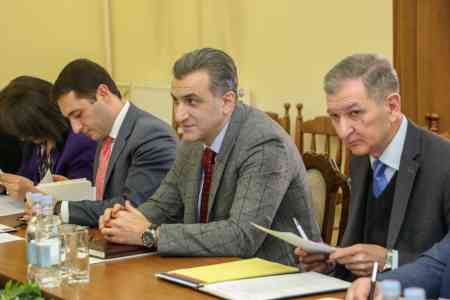 ArmInfo. At the end of March  2018, the first stage of the introduction of missile anti-hail  systems will begin in Armenia. On January 31, RA Minister of  Emergency Situations David Tonoyan said at a working meeting with RA  Prime Minister Karen Karapetyan.

According to him, which are given by the press service of the  Government of Armenia, within the first stage it is planned to  determine the locations of station locations, to purchase and install  36 launch systems.  The Ministers of Emergency Situations and  Agriculture of the Republic of Armenia pointed out the effectiveness  of expenditures. Currently, the possibility of investing in a project  by introducing an agricultural risk insurance system is being  discussed.

The Prime Minister stressed the importance of the rapid introduction  of the missile anti-hail system, taking into account the need to  reduce the risks of damage to agriculture from the loss of hail. The  head of government instructed the heads of the concerned departments  to give a course to the program, in pilot mode having implemented it  in the beneficiary communities. He also instructed in the shortest  possible time to submit a scheme for the introduction of insurance  agriculture risks.