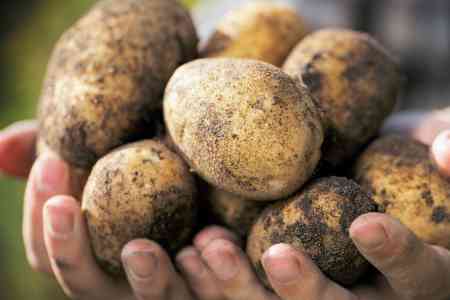 ArmInfo. Together with the Armenian-Dutch company "Agrico", known in the field of potato growing, work is being carried out at the Gyumri breeding station in the direction of developing local seed production. This was reported by the Minister of Agriculture of Armenia Ignaty Arakelyan on February 5 at a meeting with potato producers.

According to the press service of the Ministry of Agriculture, the minister emphasized the important role of potato growing in the development of agricultural production in Armenia. Today the sphere is already profitable, however, as Arakelyan believes, it is necessary to work on increasing its competitiveness.

As the representative of the company "Agrico" noted, for agrobiological evaluation of potato varieties in the conditions of the geography of Armenia it will take several years. This work will reveal the presence or absence of the ability of varieties to survive.

The Holland cooperative Agrico Holland, founded in 1973, unites about 2,000 farmers and produces 600,000 tons of seed potatoes annually in more than 80 countries. Today Agrico is the market leader and global player in the development of potato varieties, as well as in the production and marketing of high- quality seed potatoes, both organic and traditionally grown.