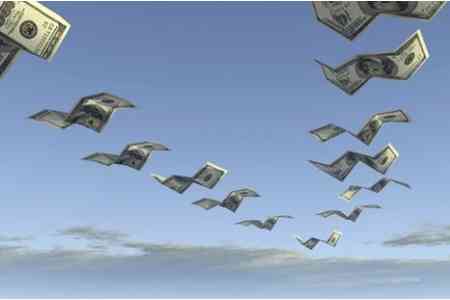 As a result, in the structure of transfers, the absolute amount of outflow of funds from Armenia to the USA began to prevail over the amount of inflow from the USA to Armenia, repeating the picture of the crisis 2008 and post-crisis 2011, but with completely different factors. According to independent analysts, the reason for the current situation is the flight from sanctions and tight control over capital outflow in Russia, as a result of which most of the money of Russian origin comes to Armenia for further re-export to the United States and Western Europe. This is evidenced by a significantly increased level of excess liquidity in the banking system of Armenia.

The Central Bank of Armenia, updating its forecast for 2017 in November, has improved the expectations of growth in the money transfers of individuals to accelerate to 14-16% (against the previously envisaged 12-14%), which is more rapid than expected by the recovery of the Russian economy . The World Bank sees the modest turn of the Russian economy as the main factor in improving the economic situation in Armenia, in particular, a 1.7% growth and maintaining this level in 2018 with an acceleration up to 1.8% in 2019, which increased private transfers to Armenia after seven years of consecutive decline.