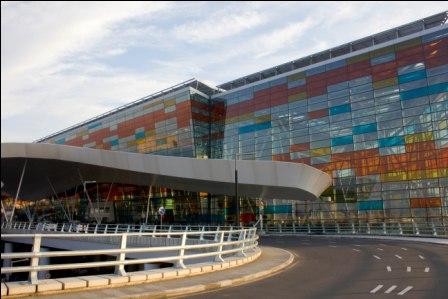 ArmInfo. In January of 2018, the passenger traffic in Armenian airports was 189,177 people, with an annual growth of 9.1%. This was reported by the press service of the General  Department of Civil Aviation (GDCA).

In particular, the airport "Zvartnots" maintained  178 301 people, with an increase of 5.7% per annum.  Cargo transportation by air for the reporting period decreased by 7.6% - to 892 tons.

The passenger traffic of the Shirak airport for the reporting month amounted to 10 876 people, exceeding the indicator of the annual prescription by 2.3 times.

According to the source, the departures and landings  at Zvartnots and Shirak airports increased  by 11%  in an annual view.