Expert: Establishing interaction between the EAEC and the EU will allow these integration structures to take dominant positions in the international trading market. 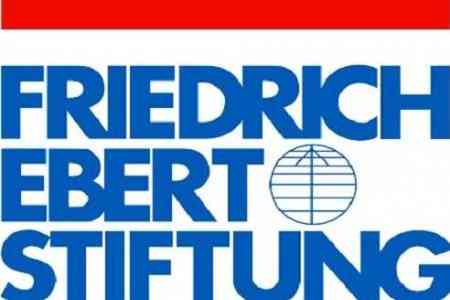 ArmInfo. Establishing interaction between the Eurasian Economic Cooperation (EAEC) and the European Union will allow these two integration structures to take dominant positions in the international trading market. Such an opinion is held by the associate expert of the office of the world in Europe and the cooperation of the Friedrich Ebert Foundation Alexandra Vasilyeva.

At the same time, she is convinced that these two economic integration projects need to create a common platform for interaction, which can serve as a free economic zone.

"Cooperation between the EAEC and the EU will create a neutral platform for establishing cooperation between Russia and the European Union, remove the split between Moscow and Brussels and strengthen the partnership, and that will in turn contribute to the economic prosperity of the countries' structures," Vasilyeva said in Yerevan on February 8, Prospects and opportunities for cooperation of the EAEC-EU."

At the same time, the expert believes that Armenia, which is a full member of the EAEC and has signed an agreement on a comprehensive and expanded partnership with the EU, can become a kind of bridge between these integration projects.

At the same time, Vasilieva is convinced that in order to create a common platform for cooperation in the shortest possible time, it is necessary to begin a dialogue between the EAEC and the EU, which can be established through the France-Germany tandem and the promotion of a neutral OSCE organization. The next step should be the creation of a common free economic zone, the expert of the Foundation believes.