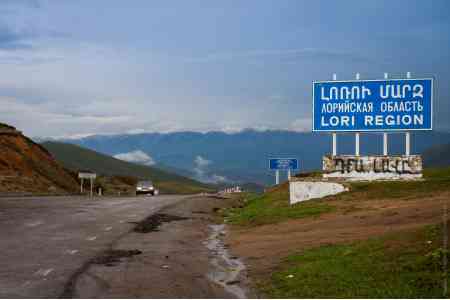 ArmInfo. The GDP of  Lori  region in 2017 was 298.9 billion drams, which is 5.2% of Armenia's  GDP. Compared with 2016, the region's GDP increased by 103.8%.  This  was reported to the Prime Minister Karen Karapetian by the Governor  of the Lori region Arthur Nalbandyan during the meeting in the  regional administration.

Arthur Nalbandyan also noted that last year the strategy of  development of the Lori region for 2017-2025 was approved. The  program of activities for 2018 is already fully implemented, which  includes investment programs financed by the state budget, local  government budgets, private investors, donors and other  organizations. The strategy presents a vision of the region's  development, which includes a diversified developed industry,  modernized agriculture, the development of tourism and information  technology.

According to Arthur Nalbandyan, the budgets of the communities of the  region were fulfilled by 96.6%, instead of the planned 7333.3 million  drams, it was collected 7086.7 million drams. In comparison with  2016, own revenues increased by 11.1%.

The governor stressed that it was not possible to ensure 100%  compliance with the land tax, which is mainly due to the absence of  their owners in the republic. In this regard, the Prime Minister  pointed to the need to resolve the issue by entrusting the decision.  In the line of urban planning, the head of government was informed  that in 2016 114 construction permits were granted, in 2017 - 212.  The volume of new construction work amounted to 29686 sq.m. against  17380 square meters a year earlier. The prime minister instructed to  keep under constant control the issue of granting permits for  construction work in 2018.