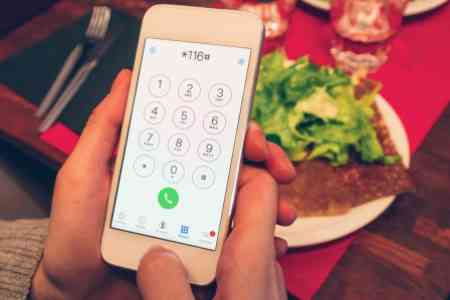 ArmInfo. ACBA-Credit Agricole  Bank launched the USSD service, through which cardholders of the Bank  will be able to receive their account statements via their mobile  phones on the last 4 transactions, send urgent requests for blocking  of cards, check the balance on the account.

As the press service of the Bank reports, at the moment the service  is available for subscribers of mobile operators Beeline and MTS  Armenia. One phone number can be fixed at least 5 cards (considering  all cards issued by member banks of the ArCa system). One can  activate the service by calling the 24-hour cardholder service center  of the Bank - 010 31 99 99 and 010 31 88 99, or by filling in the  relevant application at one of the Bank's branches.

According to the source, in order to use the service it is necessary  to type the command * 116 #, then use the suggested menu of USSD.  After sending a request to the subscriber's number, an SMS message  with the requested information or approval of the required operation  (in case of blocking the card) will come. The tariff for each  received SMS-message will be 10 drams, and the operator will not be  charged for the service.

According to the Analytical Survey "Armenian Banks in Card Business"  prepared by IA ArmInfo, ACBA- Credit Agricole Bank is among the top  three leaders in the total number of active cards - over 202 thousand  units. on October 1, 2017. The bank holds the position in TOP-3 and  by total volume of plastic transactions - 155.6 bln drams for 9  months of 2017, and among the top three banks the bank also figures  on the volume of ATM transactions - 124.2 bln drams for 9 months of  2017. According to the number of ArCa cards, the Bank was fixed at  the 2nd position - 110.6 thousand units. According to the number of  ATMs and own POS-terminals, the Bank holds the championship - 180 pcs  and 1623 pcs respectively. However, taking into account the joint ATM  project with the VTB Bank (Armenia), ACBA-Credit Agricole Bank is  leading, as the total number of ATMs of two banks as of October 1,  2017 is 337, out of which 162 are installed in Yerevan and 175 in the  regions.

"ACBA-Credit Agricole Bank" CJSC has been operating in Armenia since  1995. The majority shareholders of the bank are: the largest European  banking group Credit Agricole S.A. with a 15.56% interest in the  capital, after which SJSC "Sacam International" (a member of Credit  Agricole S.A) - 12.44% followed by the size of participation, "ACBA  Federation" CJSC - 71%.