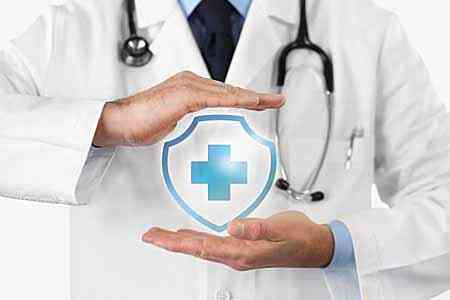 ArmInfo. At present, the Armenian Ministry of Health is not ready to name the deadlines for the gradual introduction of compulsory health insurance (OMI). "The issue is on the agenda of the government," Deputy Minister Samvel Margaryan said at a meeting with journalists on March 6, answering the question of ArmInfo, urging not to be fixed on specific terms. Meanwhile, it was previously reported that from the second half of 2018 the social package will cover the most unsecured segments of the population - 612 thousand people, to which, after a year, all the others should join.

According to the Deputy Minister, everyone understands that the issue with the introduction of the MLA needs to be solved totally. But, as far as the 3 million population of Armenia is concerned, the Ministry of Health adheres to the "principle of small steps". At this stage, the department has almost completed preparatory work on the introduction of compulsory medical insurance for the most needy citizens of the RA, without specifying the timing of its implementation. "We hope that eventually citizens of the country will come to understand that medical insurance is an objective necessity," he said.

The only information that the Ministry of Health is ready to share today is that according to preliminary expert estimates, the policy of compulsory medical insurance for working citizens of Armenia who are not civil servants and are not on the list of the most needy citizens of the RA under the Paros program will manage monthly in 6 thousand drams. Meanwhile, the Minister of Health Levon Altunyan told ArmInfo about this in October 2017. However, the issue of non-working citizens, as well as pensioners and children, remains open, as the budget is not in a position to assume additional burdens.

Nevertheless, as ArmInfo correspondent Samvel Margaryan assured, all these questions should be answered by the general concept of CHI, on the basis of which a corresponding law will be developed. As the deputy minister promises, the bill will pass public hearings, during which all pros and cons will be taken into account.

It is not known how long it will take to prepare the legislative framework for the introduction of CHI. For today, as Margaryan stressed, he can only refer to the government program for 2017-2022, where the time frame for the development of the CHI Concept is established - in a 5-year period. There is also a specific instruction from the government, which requires the development of this document before the end of November 2018. Work in this direction is scheduled to start in the next month. How much time will it take to get the concept, to give it the form of a bill, to pass through the parliament and start implementing, Margaryan also does not know. "There are countries that developed the concept for 5-6 years," he said. At the same time, referring to his personal experience, the deputy minister reminded that when implementing the OSAGO system in Armenia, from the moment of concept development and until the adoption of the corresponding law, it took 8 years.

It should be reminded that since October 1, 2017, the process of step-by-step introduction of the compulsory medical insurance system (OMC) and the beneficiaries of the first stage of the social package have become civil servants. At the same time it was stated that at the first stage, taking into account the status of beneficiaries, financing is carried out by the Ministry of Health at the expense of state funds. As announced, so will the second stage, when from the second half of 2018 the social package will cover the most unsecured segments of the population - another 612,000 of the most needy RA citizens. And only a year later, with the positive results of these two stages, the total OMC system should be fully earned.