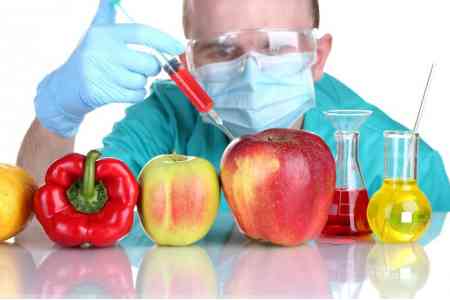 ArmInfo. Armenia, based on the  analysis of the documentation of the American GMO giant Monsanto, did  not reveal any facts indicating that until now the seeds imported by  the company were a product of genetic engineering. Deputy Minister of  Agriculture of Armenia Ashot Harutyunyan stated in a conversation  with the correspondent of ArmInfo.

According to the Deputy Minister, at this stage Armenia adheres to  mandatory labeling on all products indicating the presence of GMOs.  In addition, despite the fact that the volume of seeds imported by  Monsanto in total imports does not reach 1% -127 kg (according to  data for 2016), the Armenian legislator is moving in the direction of  banning GMO seeds. At the same time, it is possible to form a buffer  zone for imported GMO products for research purposes.

Taking into account the public resonance caused by this information,  a working commission on studying transgenic technologies in the  agro-sphere of the Republic with the participation of representatives  of the RA Ministry of Agriculture, nature protection, public health  services, as well as public organizations and science held a regular  meeting in Armenia in mid-November. In 2013, with the legislative  initiative on GMO products in Armenia, the Ministry of Nature  Protection acted, however, for unknown reasons the process was  suspended. "We plan to return to the legislative initiative and  understand how relevant it is today, and whether there is a need for  it," Ignaty Arakelyan, the head of the Ministry of Agriculture,  noted.  In January 2018, the head of the State Service for Food  Safety of Armenia (GSPPP), Ishkhan Karapetyan, reported that together  with the RA Ministry of Agriculture, a legislative package is being  developed to regulate and restrict the import of genetically modified  products to the republic.