EU to finance stories about benefits of energy conservation in Armenia 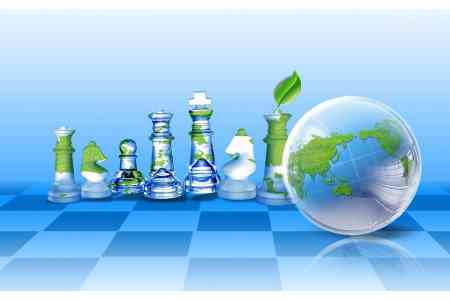 ArmInfo. In Yerevan, on April 13, the 24-month program "EU to Civil Society: Energy Saving in Armenian Communities", funded by the EU, was launched, aimed at stimulating the development of the potential of public organizations and the media in overcoming energy poverty in Armenia. "The program is very specific - it does not involve investing in energy-saving technologies, its goal is to raise the awareness of the public, representatives of the public sector, the media about the benefits of energy saving," the first Deputy Minister of Territorial Administration and Development Vache Terteryan said in reply to ArmInfo.

According to Terteryan, the transition to energy-saving technologies implies the ability to properly calculate their costs, expectations, and, accordingly, an understanding of how much they are justified. In addition, you need to know how to properly use the proposed financial sector financial instruments.  According to him, many people want to switch to energy-saving technologies, but fear of possible expenses involuntarily keeps them from this step. "It is within the framework of this program, through the media and public organizations, we hope to popularize these ideas among the population," the deputy minister said.

The program will be implemented in 5 regions of Armenia - Lori, Tavush, Gegharkunik, Kotayk and Ararat regions of the republic. Ara Nazinyan, director of the National Social Housing Association Foundation, told ArmInfo that at the preliminary stage, partner organizations have been chosen - representatives of the public sector and the media, who will implement at least 10 community awareness programs. The budget of each program will be 3 million AMD.

In addition, more than 40 initiatives are planned, which means promoting community initiatives of up to 1 million drams. Within the framework of these programs, it is possible to provide material, professional assistance - that is, it will depend on the nature of community initiatives. Around this idea, cooperation between the private sector and community leaders is expected to be formed.