Artsakh and Abkhazia agreed to imptrove  the economic component of relations 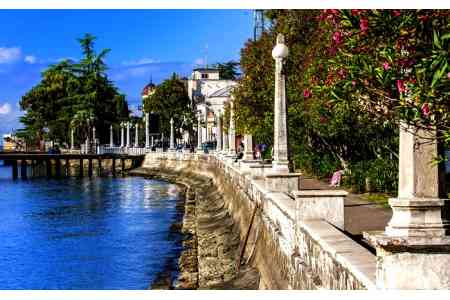 ArmInfo. The State Minister of Artsakh Araik Harutyunyan met with the Minister of Foreign Affairs of the Republic of Abkhazia, Daur Cove, who arrived in Stepanakert on a working visit.

As the press service of the NKR Government told ArmInfo, Harutyunyan stressed the importance of improving the  sustainable and dynamic political relations, noting the importance of paying serious attention to the economic component and promoting  business contacts. At the same time, he stated that there is a serious untapped potential and further efforts should be directed to strengthening trade and economic relations.

In his turn, the Foreign Minister of Abkhazia stated that the issue of trade and economic cooperation development isreally  included in  the agenda, as far as  the Abkhaz side is also interested in this.

During the  meeting, the parties discussed a number of topical regional issues.