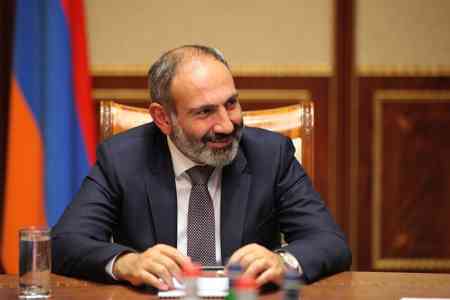 ArmInfo. Armenian Prime Minister Nikol Pashinyan believes that there are positive trends in the economy and positive expectations. He stated this in an interview with journalists.

Speaking about the state of the economy, the Prime Minister noted that this is evidenced by the analyzes carried out by state bodies, and these expectations should become a reality. "The most important task for the development of the Armenian economy is the preservation of the rule of law, an independent judiciary and a competitive field, politically it exists.

It remains to strengthen its existence and the people's confidence, the rest will be settled, "the prime minister said, stressing that the economy will develop if not to interfere with this." He expressed confidence that the government will fulfill its tasks. we are not preparing to make hasty steps.As well as when deciding the issue of political prisoners, we will not take ill-advised steps, "the Prime Minister assured.