Armenian government rejected the proposal to increase the threshold of non-taxable VAT on annual turnover from 58.35 million to 115 million AMD 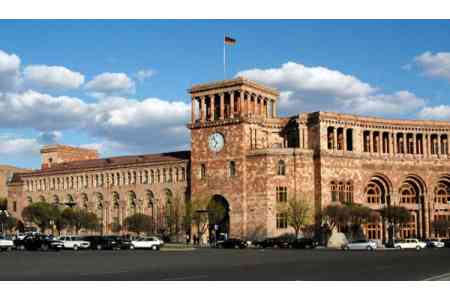 ArmInfo. The Armenian government rejected the legislative initiative on June 15 to raise the threshold of non-taxable VAT on annual turnover from the current 58.35 million  to 115 million AMD. Thus, starting from January 1, 2019, Armenia  reduces the threshold of non-taxable annual turnover from 115 million  drams ($ 200,000) to 58.35 million AMD ($ 120,000), thereby returning  to the rules in force until 2015.

According to the Minister of Finance of Armenia Atom Janjughazyan,  according to the results of the analysis of taxpayers' reports from  trade collection, which carry out trade activities at fairs, out of  785 economic entities, the average annual rate of 770 (98%) was 3.7  million drams. This, according to the minister, shows that even in  the context of lowering the threshold of non-taxable VAT turnover,  their annual turnover can grow by 25-28 times and continue to stay  "outside the risk group." At the same time, with the approval of the  document, the budget losses in terms of tax revenues may amount to  about 11 billion drams.

In addition, as Janjughazyan noted, reducing the threshold, the  interest of business entities to split business into parts is  eliminated, in order to fit in the established framework. According  to him, there are many facts of revealing the artificial  fragmentation of business, which does not fit into the borders of the  government's declared policy of combating the shadow economy. At the  same time, as the head of the Armenian Ministry of Finance pointed  out, even taking into account the threshold of a non-taxable annual  turnover fixed in the new Tax Code of 58.35 million drams, the figure  is significantly higher than that used in world practice.

Meanwhile, Chairman of the NGO "Protection of Taxpayers" Pailak  Tadevosyan, reducing the threshold of the non-taxable annual turnover  from 115 million drams to 58.35 million drams, as it was until 2015,  is an absolutely unjustified measure. "Serious expert assessments and  public hearings are needed here." The former government ignored the  opinion of the majority of experts that the lower threshold should  not be lowered, but instead increased to 150 million and even 200  million drams, but with a rigid, uncompromising condition for the  release of goods through cash registers and fiscal checks,  "Tadevosyan said. According to him, as world practice shows, it is  the government's unwillingness to listen to the opinion of  professional communities and market participants, ignoring their  opinion, leading to serious public discontent.