Businessmen from Armenian Diaspora formed a group of investors 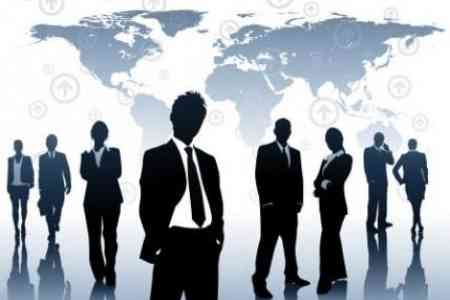 ArmInfo. World-class businessmen  from the Diaspora initiated the creation of a group of investors,  which announced the launch of the "Build Armenia" project.

As the statement of the group of investors says, the project's goal  is to ensure the flow of large-scale investments to Armenia in order  to stimulate repatriation. At the same time, it is planned to create  a socio- economic favorable environment, which due to the formation  of appropriate infrastructures will be able to accept the flow of  repatriates.

The appeal of the group of investors, in particular, notes that  taking into account the migration flows of Armenians from the Middle  East, the Republic of Armenia faces the task of consolidating the  Armenian potential, being responsible for preserving the identity of  every Armenian, ensuring his well-being, security and development. At  the same time, it is noted that the continuing assimilation of  Diaspora Armenians threatens national identity.

According to the authors of the document, in the absence of a  long-term and coordinated vision of development, the Armenian people  continue to live and create in different parts of the world, not  using their own unified potential. In addition, from the first day of  the proclamation of the independence of the Republic of Armenia, the  republic is in the blockade of the Turkish-Azerbaijani tandem,  bearing the consequences of the militaristic and xenophobic rhetoric  of these countries.

Since 1991, as the authors of the draft note, from Armenia there is  an uncontrolled outflow of human capital, which threatens the  national security of the country. In the Diaspora, financial capital  has been formed, which does not serve the implementation of  large-scale programs because of the lack of consolidation.

"An appropriate environment has been formed in the Republic of  Armenia to accept the flow of returnees, and in the Diaspora there is  a need to translate the long-standing idea of turning Armenia into  the center of implementation of all-Armenian projects," the document  says. In this regard, according to the initiative group, Armenia  should be ready to accept compatriots in the social and economic  terms.  "We, the undersigned, start the project" Build Armenia "with  an unprecedented initiative from the point of view of finance and  geography that will ensure large-scale investments in Armenia, while  we urge Armenian businessmen to join the initiative," the document  says.

The first forum of entrepreneurs gathered around this idea will be  held in the first quarter of 2019 in France.