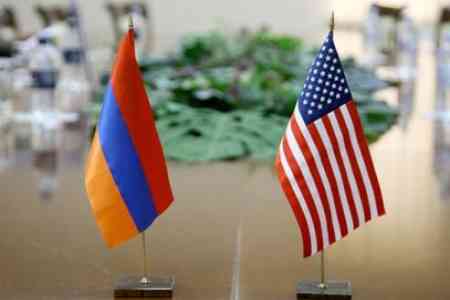 ArmInfo.The senior member of the  Committee on Financial Services of the House of Representatives of  the US Congress, Brad Sherman again called on the Minister of Finance  Steven Mnuchin to refresh the obsolete Treaty on Avoiding Double  Taxation with Armenia.

As reported by the Armenian National Committee  of America (ANCA) on July 12, speaking at a committee hearing, the US  congressman noted the importance of revising the "outdated Soviet-era  treaty" that would eliminate the threat of double taxation,  jeopardize the key barrier to investment and promote the growth of a  transparent and sustainable bilateral economic cooperation with  Armenia. "The Armenian government follows the path of democracy and  transparency, and we welcome it," Brad Sherman said.

ANCA Executive Director Aram Hamparyan noted that the new agreement  is an absolute necessity, which, in addition to strengthening the  friendship of the peoples of Armenia and the United States, will make  Armenia more attractive for investment of business from the United  States.

On February 7, 2018, the Department of the US Treasury (the Ministry  of Finance) announced its readiness to discuss the issue of revising  the Treaty on Avoiding Double Taxation with Armenia. Earlier,  Congressmen Brad Sherman and David Valadao initiated the collection  of signatures in the US Congress under the appeal to the head of the  Treasury to resume negotiations on the revision of the existing  double taxation order between the United States and Armenia. The  authors of the letter also emphasize that the double taxation order  was introduced between the US and the Soviet Union in 1973 and now  has lost its relevance, this order should not affect the former  Soviet republics, in particular Armenia. It should be noted that for  several years the Armenian lobby of the United States, together with  the members of the Armenian support group in the Congress, is trying  to achieve the abolition of the double taxation system between  Yerevan and Washington. Negotiations started on this account ceased  without giving concrete results. The issue of exclusion of double  taxation between Armenia and the US has been discussed for over 20  years - since 1994, the Armenian government has raised this issue. In  2000, during the Armenian-American intergovernmental meeting, the  issue of the need to conclude a treaty was raised. Since then,  although preparatory work is under way to conclude a treaty, in fact,  the talks themselves have not started. The double taxation treaty in  the US will establish a clear legal basis for investors and  individuals who carry out business in both jurisdictions, preventing  double taxation and contributing to the expansion of economic  relations. The US has agreements to avoid double taxation with many  small countries, including Estonia, Jamaica, Latvia, Lithuania, Malta  and Slovenia. Armenia has agreements on avoidance of double taxation  with a number of advanced countries, including Austria, Belgium,  Canada, China, France, Italy, the Netherlands, Poland, Russia and the  United Kingdom (in general, with 47 countries).