Armenia increased the export of apricots by 78% 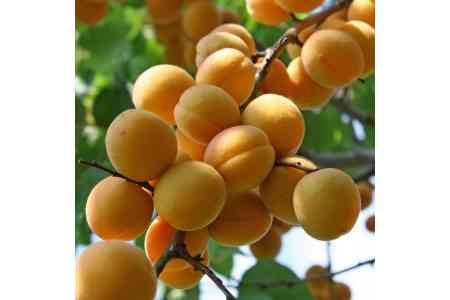 ArmInfo. Armenia by August 1 increased the export of apricots by 78% per annum, exceeding 50 tons. This was in an interview with journalists, RA Minister of Agriculture Artur Khachatryan said.

He noted that if in 2017 the export of fruit and vegetable crops  amounted to 120 thousand tons, then in 2018, only for 7 months the  volume of export supplies has already reached 100 thousand tons.  "About 70% have already been exported, but we still have grapes and  seasonal autumn fruits," the minister said.

The Minister noted that this year, in comparison with the previous  year, the city caused less significant harm. "Last year, the damage  from the hail was estimated at over 10 billion drams, while according  to the current year - the damage to the agricultural sector was only  5.5%," he stressed.

Speaking about the requirements to the quality of Armenian  horticultural crops on the Russian market, the minister indicated  that there are no such signals now. "There were certain problems at  the beginning of the year, but the issue has already been resolved,"  he concluded.