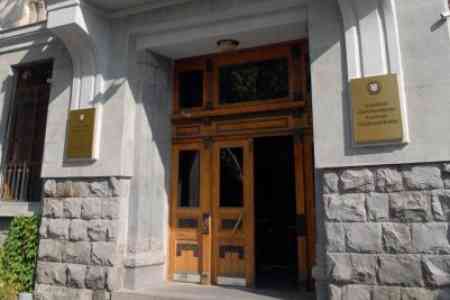 ArmInfo. The Prosecutor General's Office of Armenia has revealed large-scale abuses in the implementation of the program on state subsidies for diesel fuel to  farmers.

As a result of the inspections of the Prosecutor General's Office it  was revealed that the high-ranking officials of the Ministry of  Agriculture of Armenia, having abused their official position,  inflicted significant damage to the interests of the state by taking  from the state budget for subsidizing diesel fuel to the farmers  104.871.558 drams more than it was necessary to implement the  program.  A criminal case has been instituted.