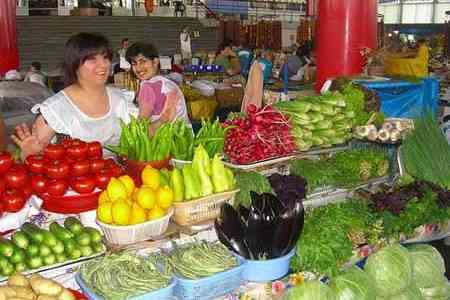 ArmInfo.As of August 21, 2018, the volume of Armenian export of fruits and vegetables exceeded the figures for the whole of 2017, the press service of the Armenian Ministry of Agriculture reports.

According to the agency's operational data, 121295 tons of fresh  fruits and vegetables have been exported as of today. Compared with  the same period last year, exports increased by 67.7% or 49 thousand  tons.  Moreover, the current record figure of 444 tons surpassed the  volume of exports during the whole of 2017.

In the total structure of exports, the share of the Russian  Federation is 94.07% (114603 tons). Deliveries were also made to  Georgia, Belarus, Ukraine, Moldova, Kazakhstan, Hong Kong, Iraq, the  United Arab Emirates, Iran, Belgium, Romania, Macedonia, Kuwait and  the USA.