Pailak Tadevosyan: Governments change in Armenia, but taxation  approaches do not change 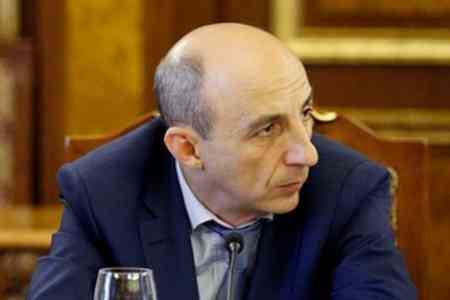 ArmInfo.After the adoption of the Tax Code in 2016, the Armenian government immediately admitted that it is not only imperfect, but also "choking" business from all  sides. Nevertheless, due to a number of objective and subjective  reasons, reforms in the sphere for Karen Karapetyan's cabinet have  come to an end yet, without having begun, at the stage of the  "statement of intent".

"Pay taxes and live peacefully," declared the  new RA Cabinet of Ministers and responsibly took the baton, focusing  primarily on the reform of income tax - as the most "popular" type of  tax. And, despite the fact that the British statesman and politician  Sir Winston Leonard Spencer-Churchill acknowledged that good taxes do  not exist, the Cabinet of Nikol Pashinyan, after lengthy talks about  the availability of 8-10 scenarios for the revision of income tax,  recently announced two options, while declaring his personal  commitment to the second. Pylak Tadevosyan, chairman of the public  organization "Protection of taxpayers", told in an interview with  ArmInfo that we did not change the "sew on soap" and what the  citizens will end up with in the end.

Mr. Tadevosyan, on September 6 this year. Prime Minister Nikol  Pashinyan presented two options for changing the income tax rate,  stressing that the people should make the choice. The first option  proposed by the new Cabinet suggests a 3% reduction in the income tax  rate to 20% on wages up to 250 thousand drams, and for those who  receive more, the rate from the current 28% and 36% will decrease to  25%. The second scenario of changes is the introduction of a flat  scale of taxation, where, regardless of the amount of salary, 23%  income tax and profit tax plus dividend tax are also charged at 23%  (18% + 5%). In your opinion, which of the presented options is  preferable?

In order to answer this question, first of all, it is necessary to  understand what purpose the government is setting by initiating these  changes: has the government decided to reduce the tax burden of  employers, or is it intended to increase the amount of household  disposable income. It is also possible that if the government  promises, if it approves the second variant - the introduction of a  flat income tax scale, from receiving low wages of citizens - the  state will continue to collect the payments provided for by the  compulsory funded pension system (ONPS), at the same rate - 2.5%, the  government tries Do not create a new burden for citizens in the  implementation of the system. Or maybe the Cabinet promotes  attraction of investments in the republic, offering the formula "23%  + 23%", that is, income tax with consolidated tax (profit and  dividend taxation). Depending on the intended goal, it will be  possible to judge which of the options proposed by the Cabinet for  reforming the income tax is preferable.

Today, if we consider proposals, for example, from the point of view  of increasing the amount of disposable income of households, it is  not clear, for example, whether the tax burden of low-income people  is justified at the same level.  Many argue that the announced  changes are aimed at reducing the "shadow" in the economy and  identifying real wages. This, incidentally, does not hide the  country's financial authorities. Do you think, in fact, the  introduction of an equalization scale will serve these purposes?

And who said that reluctance to register employees is due only to  this argument? Maybe employees themselves ask the employer not to  register them, so that they will not lose their benefits? And is  there even an approximate calculation of how many employees are  "sitting in the shadows" and initiating such changes, the question of  how many we are solving. Or maybe the price of the issue - to  transfer to the "white field" only 5-6% of "shadow business". But  even in this case, there is a risk that only a good half of "illegal  immigrants" will decide to reveal themselves. In this case, it is not  feasible to go for such a large- scale change of the entire system,  if it is possible to achieve this goal by applying other instruments.