Governor: 10 business programs are successfully implemented in the  Kotayk region of Armenia; another 25 new projects are underway 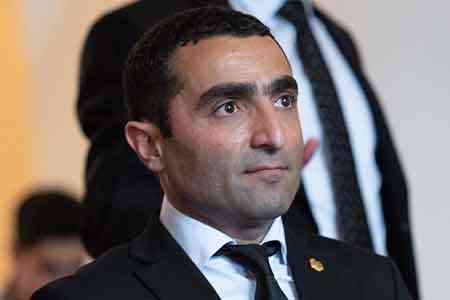 ArmInfo. 10 business programs are successfully implemented in the Kotayk region of Armenia; another 25 new projects are underway. Governor of the Kotayk Romanos  Petrosyan announced on August 17 at the "My step for Kotayk region"  business forum .

According to him, the region, which occupies 7% of the territory of  Armenia, is rich in water resources, however, some reservoirs require  modernization. After reconstruction this year, the Marmarik  reservoir, containing 24 million cubic meters of water, was  completely filled for the first time. Negotiations are underway with  private investors on the reconstruction of another water basin with a  capacity of 6 million cubic meters of water. The government's agenda  also includes the project for the construction of the Yeghvard  reservoir, which will significantly improve the situation with the  effective management of the country's water resources.

The governor also recalled that industry has a dominant position in  the economic life of the region. First of all, according to him, we  are talking about the processing industry, among which the production  of food products and drinks, as well as the production of  non-metallic products, various types of metal products, precious and  semiprecious stones, in particular diamonds, are developed.

In order to develop the region, according to Romanos Petrosyan, four  conceptual directions have been identified - diamond processing  recovering energy, intensive farming and technological agriculture,  tourism and hospitality. Diamond processing accounts for 7.5% of all  production in the field. There are 13 diamond cutting enterprises in  Kotayk, of which 10 are located in Nor Ajna, one each in Abovyan, Nor  Gekhi and Karashama. In 2019, another large diamond cutting industry  will appear in the city of Abovyan, rough diamonds are imported, and  most of the faceted products are exported. Today, about 700 people  work at diamond cutting enterprises. There are serious prerequisites  for the development of this sphere in the region, including rich  experience, qualified personnel and product recognition in  international markets.

The region, as its head noted, occupies a special place in the  socio-economic development of the country from the point of view of  the existing potential in the energy sector. The share of electricity  production in the total industrial production of Kotayk is 45%. 20%  of all electricity produced in Armenia falls on the Kotayk region.  Two large generating facilities operate in the region - Hrazdan State  Regional Power Plant (SRPP) and  5th power unit of the Hrazdan  Thermal Power Plant. 17 small hydroelectric power stations are also  operating in the region. The latest technologies are also being used  to develop solar energy. In 2018, solar power plants with a capacity  of over 400 were built in Kotayk. In 2019, another 2 photovoltaic  power plants with a capacity of 1 MW will be built and commissioned  in the region.

One of the most important areas for the development of the region,  continued Romanos Petrosyan, is the agricultural sector. In Kotayk,  agricultural land is 180 thousand hectares, of which only 50% is  cultivated today. At the same time, a network of anti-hail  installations covers only 40 hectares of cultivated land. In the  region there are over 32 thousand family farms, as well as 35  processing enterprises, greenhouses have been deployed on 92  hectares. By the end of this year, the area of greenhouse farms will  increase by 19 hectares in four settlements. The region produces 7.6%  of all livestock products produced in Armenia, in particular, meat  and milk production. In the region there are more than 15 specialized  companies engaged in the processing of livestock products. In  addition, the region has three largest poultry factories of the  republic.

As the governor emphasized, when peaking about the Kotayk region it  is important to mention the tourism sector. Kotayk, he said, could  become one of the regional tourist centers. Among the priorities are  ecotourism, agricultural tourism, winter tourism. Efforts are  currently underway to develop tourism in three communities in a new  community format. The region is rich in cultural and historical  monuments, which number is 3200.