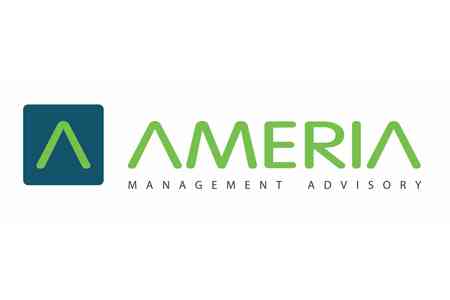 ArmInfo. Ameriabank's  online consumer loan portfolio has grown by 70% since the beginning  of the year, reaching 24 billion drams.

This was announced on  November 20 during an online press conference by Arman Barseghyan,  Director of Retail Banking, Ameriabank, emphasizing that their share  in the bank's total consumer loan portfolio reached 92%, despite the  fact that this service was launched only a year and a half ago. By  the end of September, the retail loan portfolio exceeded 160 billion,  demonstrating a growth of 40% over 9 months.

According to Barseghyan, the growth rate of lending to individuals is  higher than corporate lending, which is mainly due to the upward  trend in consumer and mortgage loans. He also emphasized that since  the beginning of the year the number of individual customers has  increased from 200 thousand to 250 thousand, while the portfolio of  deposits of individuals from 244 billion drams has increased to more  than 280 billion drams. Positive trends are also observed in car  loans. Thus, since the beginning of the year, auto loans of almost 3  billion drams have been issued, which is 40% higher than the annual  indicator.  "Taking into account high growth rates, quality remains  the main thing for us. And at the moment we have formed a fairly  high-quality portfolio where overdue loans account for up to 2-3%",  he added.

In general, starting from 2015, as the banker noted, Ameriabank has  been a leader in the banking system of the Republic of Armenia by the  main indicators. In particular, over the past 5 years, Ameriabank has  provided an average y-o-y growth of 20% in terms of indicators,  retaining leadership.

To recall, Ameriabank is a universal bank offering corporate, retail  and investment services in a comprehensive package. Ameriabank has  been operating in the Armenian market since October 31, 1996.  The  shareholders of Ameriabank are Ameria Group CY Ltd. - 56.53%, EBRD -  17.78%, Asian Development Bank - 13.96%, ESPS Holding Limited -  11.73%.