EDB proposes to use national currency in mutual settlements within  EAEU 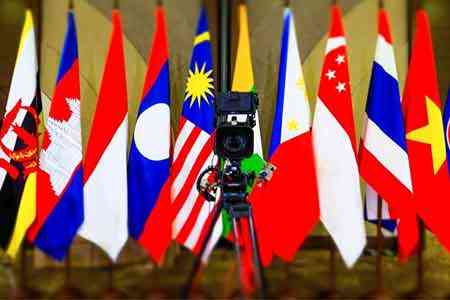 ArmInfo. On November 22, Deputy Minister of Economy of Armenia Varos Simonyan received Dmitry Ladikov-Roev, member of the Board of Directors, Managing Director for Assets and Liabilities of the Eurasian Development Bank and Armen  Melkikyan, head of the Bank's Yerevan office.

According to the press service of the Ministry of Economy, Dmitry  Ladikov-Royev, having briefly described the activities of the Bank,  stressed that the investment activities of the EDB and the number of  programs financed by the Bank are increasing from year to year.  According to him, the Bank intends to expand its activities with the  EAEU member states, in particular with Armenia, by establishing more  active cooperation and increasing its role in financial processes.

He also presented EDB proposals, one of which concerns the use of the  national currency in mutual settlements within the EAEU.

Varos Simonyan, in turn, welcomed the initiative of the Bank, noting  the desire of the Ministry to establish more active cooperation with  the EDB, especially in terms of financing investment projects. The  deputy minister assured that the proposals of the EDB will be  discussed and initiatives of mutual interest will receive assistance  from the ministry.

The deputy minister of economy said that in the spring of 2020,  Armenia was preparing to hold a major investment forum. The  participation of reputable investors and banks is expected. Simonyan  invited EDB representatives to also take part in the event.

The Eurasian Development Bank (EDB) is an international financial  organization designed to promote the economic growth of member  states, expand trade and economic ties between them and develop  integration processes in the Eurasian space through investment  activities.