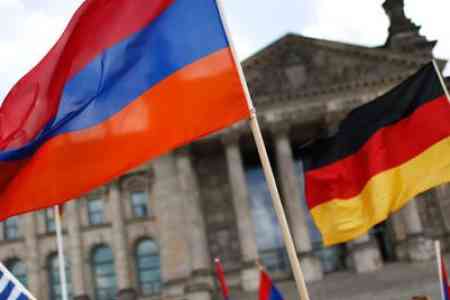 ArmInfo. The delegation of the Central Bank of the Republic of Armenia, headed by Central Bank Chairman Arthur Javadyan, went to Vienna to participate in a meeting  of the Council of Program Observers of the German-Armenian Fund,  operating jointly with the German Development Bank KfW.

According to the CBA report, during the meeting credit agreements  will be signed, in particular, on financing the agricultural sector,  renewable energy projects, and mortgage lending.

According to the source, Javadyan will also take part in the  round-table discussions held for the heads of Armenian banks on  banking risks, and leading experts in the field will act as speakers.

At the same time, the Central Bank delegation will hold meetings with  the leaders of leading Austrian insurance companies, during which  they will discuss the possibilities of their presence in Armenia and  attraction of new investments.