Armenian Finance Minister : Tax incentive is not the most effective  tool to stimulate the economy. 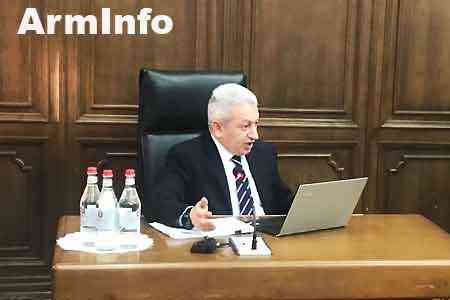 ArmInfo. The Ministry of Finance of Armenia with reservations to treat tax benefits. This was stated by head of the department Atom Dzhandzhugazyan on December 7  at a meeting with reporters.

"I think this is not the most effective tool to stimulate the  economy," said Dzhandzhugazyan. He recalled that lost profits are  state-owned due to various tax benefits in 2020 are estimated at 457  billion drams, or 6.45% of the projected GDP. In the absence of such  benefits, as the Minister pointed out, in 2020 Armenia could collect  taxes for 2 trillion 059 billion drams or 29% of GDP, against the  forecasted 1 trillion 602 billion 252 million 712 thousand drams or  22.6% of GDP.

Recall that on November 28 at a government meeting, the "Strategy for  reforming the public finance management system for 2019-2023 was  approved." and the "Program of measures of the public finance  management system for 2019-2023", which, according to the Ministry of  Finance, promises an equitable distribution of public wealth. The  authors of the project, among other things, note that the current tax  legislation has established numerous tax benefits that have yet to be  assessed for their effectiveness and targeting, and, if necessary,  abandon the "unnecessary" ones. The goal, as indicated, is to promote  the development of the national economy, to increase its investment  attractiveness and the efficiency of income distribution.