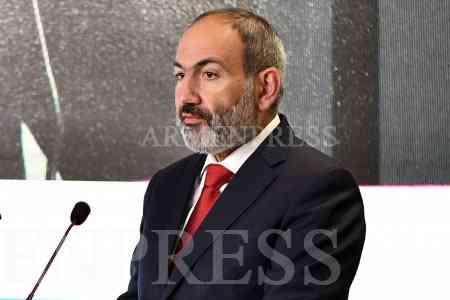 ArmInfo.In January-November 2019, 106,609,299 cash vouchers were printed in Armenia more than in the same period of 2018. As a result, during the reporting period,  the recorded additional trade turnover amounted to approximately 303  billion drams.

"This is an astronomical figure," Armenian Prime  Minister Nikol Pashinyan said on December 10 during a Facebook live  broadcast.  In addition, according to the prime minister, the number  of issued invoices has also increased. So, for 10 months of the  current year, 18,425.0 thousand invoices were drawn up more than for  the same period of 2018. "The indicators, in fact, are not bad. But  we have to ask ourselves: are we, in general, and not in a specific  time range, satisfied with the fixed indicators? Do we think that all  trade transactions in the country, without exception, are accompanied  by the issuance of cash receipts or invoices? ", the head of  government wondered. According to the Prime Minister, the answer is  obvious and everyone understands that the share of shadow turnover is  still large in Armenia.

At the same time, as Pashinyan pointed out, the government adheres to  the "gingerbread policy" in this matter, despite criticism that the  government supposedly does not allow micro-business to develop, and  citizens - to earn their daily bread. The prime minister recalled  that in the framework of tax reforms, the country's authorities  initiated the introduction of such a thing as a "business entity"  with an untaxed threshold of up to 24 million drams per year. Under  this preferential regime, as Pashinyan pointed out, micro-business  will be exempted from the main types of taxes, excluding excise,  environmental and road taxes, and the income tax for an employee,  regardless of the size of wages, will be only 5 thousand drams.   "This was done so that the need to issue cashier checks, on the one  hand, and earning daily bread, on the other, would not come into  conflict," he explained.

Accordingly, according to the Prime Minister from January 1, 2020,  the state has done everything possible so that there are no "reasons"  to issue cash receipts. There will be no justification for the  organization or the person who does not issue the cashier's receipt  to the buyer, and responsibility for this act, as Pashinyan pointed  out, will be proportional to the punishment for theft from the  soldier. "Starting from 24:00 2020, we are forming a new attitude  towards the institution of issuing cash receipts," the Prime Minister  called on Armenia.