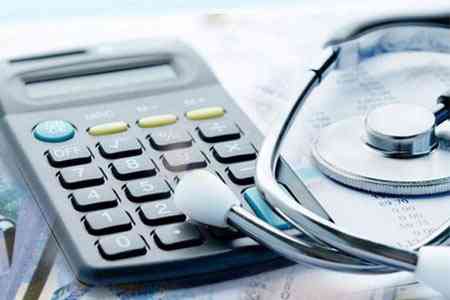 ArmInfo. On December 12, a regular meeting of the expanded Public Council on improving income policy was held at the Ministry of Finance of the Republic of  Armenia, during which the concept of introducing universal health  insurance proposed by the Ministry of Health was discussed.

The Deputy Minister of Health of the Republic of Armenia, Lena  Nanushyan, in general points presented the purpose of the concept,  which, according to her, will provide all the country's residents  with basic medical services and medicines. According to the concept,  it is proposed to levy an additional income tax of 6%. "This is not a  traditional insurance system, but rather a social insurance system  that allows people, regardless of age and financial status, to use  medical services," she said.

During the discussions, Deputy Minister of Finance of Armenia Arman  Poghosyan specified that the policy of the Armenian government is to  continuously reduce the rate of the unified personal income tax to  20% until 2023. "The government's declared policy is to have an  export-oriented economy and the lowest possible tax burden for  professional staff," he said, emphasizing that the option proposed by  the Ministry of Health does not correspond to government goals. Avag  Avanesyan, Deputy Minister of Economy of the Republic of Armenia,  also supported his colleague, noting that the additional payroll tax  may, inter alia, entail a number of problems, including those related  to the competitiveness of the national economy.

Independent experts spoke at the meeting, the vast majority of whom  did not agree with a similar approach by the Ministry of Health on  the basis of the so-called , since the country has  not yet legalized many latent flows that bring people income. There  are problems with the danger of bureaucratic system, its slowness,  corruption, lack of motivational tools, hiding real incomes.

As a result of the comments and concerns, Lena Nanushyan called on  the participants to summarize the proposals and submit them for  further expert discussion.