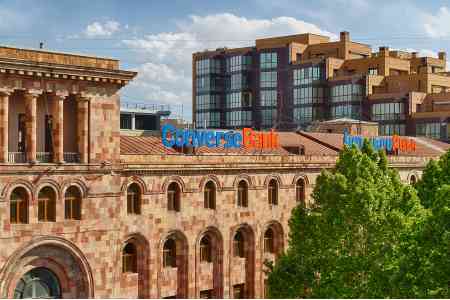 “Converse Bank is the first and currently the only bank in Armenia, which has launched a platform that enables people living in different parts of the world, including the Diaspora Armenians, to make a deposit in the Bank on favorable terms. The project allows us to improve and expand the geography of digital banking, introducing a new culture of banking services on digital platforms”, says Converse Bank.

Deposits in national currency and US dollars will be attracted for a period of up to 4 years with an annual interest rate of 10% and 5.75%, respectively. The minimum deposit amount is 2,000 US dollars and 1 million Armenian drams. Interest is paid at the end of the deposit period.

Initially, services will be available in the United States, and subsequently will be expanded to cover Asia and Europe.

ArmInfo. A group of entrepreneurs from Armenia has worked out and proposed to the international financial market a unique and actionable marketplace, that enables the commercial banks from developing countries expand their financial capabilities. Whereby the Haylend platform banks located in the emerging markets will be able to get better of the comparable advantage of higher cost of money. About the Haylend platform, that will launch soon, the financial reviewer and CEO of ArmInfo Emmanuil Mkrtchyan had an interview with the CEO and co-founder of Haylend Hayk Manukyan.