Garnik Petrosyan: Agricultural insurance in Armenia should develop in  a trilateral format 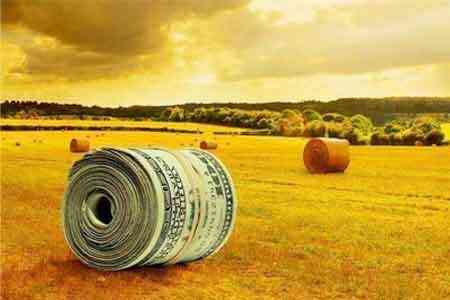 ArmInfo. The government should reinsure the risks of insurance companies participating in the agricultural insurance program. Garnik Petrosyan, former deputy minister of agriculture, candidate of agricultural sciences,  expressed a similar opinion during an online press conference  organized by the Club of Economic Journalists.

He explained that Armenia, being in difficult terrain conditions,  falls under the influence of climatic cataclysms, which is manifested  by frequent and abrupt weather changes. In this regard, the expert  noted that the risks are sufficiently outlined and complex.  Therefore, insurance companies, as Petrosyan continued, are not  particularly concerned about the area. And the government in this  regard needs to reinsure the risks of insurance companies, since  being in adverse conditions, the latter may go bankrupt and cease  operations. <Agricultural insurance should be carried out exclusively  in a trilateral format - the state- farmer-insurance company>, the  former deputy minister noted.

At the same time, he added that as of now the process is not n due  level, since only expenses were insured.  "However, there is a need  for at least partial income insurance, which would give strong  guarantees to the farmer that he will be able to continue his  activities next year," Petrosyan said.