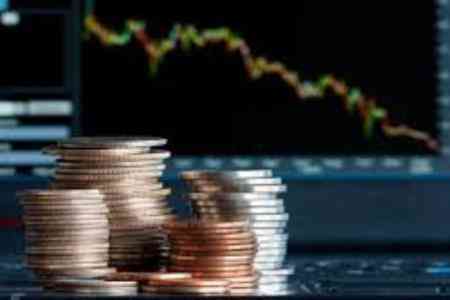 ArmInfo. At the next meeting,  the Armenian government approved the capital market development  program, which was developed by the Ministry of Finance in  cooperation with the Ministry of Economy, the Central Bank, and with  the advisory assistance of the IMF.

The program was presented by Minister of Economy of Armenia Tigran  Khachatryan. Speaking about the appropriateness of its  implementation, he noted that the capital market of Armenia is still  limited, both in terms of small volumes of issues, as well as limited  instruments and low liquidity in the secondary market.  According to  the situation at the beginning of 2020, according to the Minister,  government bonds account for the bulk of the market, which accounts  for 11% of the GDP, and corporate bonds account for 3.4%.  "These  indicators have significant potential for growth," Khachatryan said.  In the current situation, the government departments, according to  the Minister, should have a leading role and through various tools to  stimulate the development of the capital market.

In particular, he said that the developed program consists of 2 two  parts - a diagnostic analysis of the capital market of Armenia and an  action program with an established exact schedule, and those  responsible for their implementation. The program also includes  measures to expand the investor base, including by creating an  enabling environment for institutional investors to enter the market.

"We believe that with the approval of this program, the market will  receive an environment conducive to development, in addition, tools  will be introduced that will provide investment in the real sector  and allow the population to participate in investment programs,  thereby expanding their opportunities for generating income,"  Khachatryan said.

In turn, the Prime Minister of Armenia Nikol Pashinyan emphasizing  the importance of developing the capital market, noted that companies  that have the potential to enter this market must go a long way. In  this vein, he pointed out the importance of increasing their  accountability and transparency.

The Prime Minister expressed hope that thanks to the program the  government will have an additional opportunity to contribute to the  development of the capital market, and the stock exchange will become  the most economically lively place and pulse of the economy.

<Let's admit, although this is difficult, but the government has a  problem with the timely receipt of information on the state of the  economy. Statistics come only after a month and can be too late. And  the exchange is a living organism that responds quickly, and thus  provides the government with the opportunity to respond more quickly  to the pulses of economic life>, he said. At the same time, Pashinyan  noted that these changes are extremely important for investors,  because they will be able to quickly assess the potential of a  company and make decisions, reducing their costs, including in terms  of time. <One of the important components of the economic revolution  is the development of the capital market. We must do everything for  this. A tremendous amount of work has already been done. And I'm  pretty sure that we will have the results here>, he concluded.