Construction of the Kaps reservoir in Armenia will start next year  and will last 3.5 years 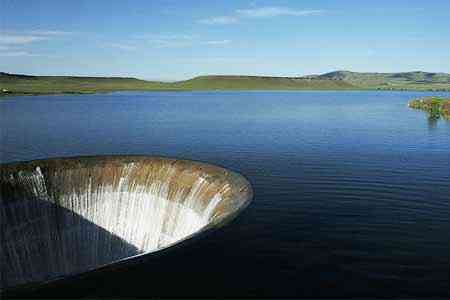 ArmInfo.On July 28, a meeting was held under the chairmanship of Armenian Prime Minister Nikol Pashinyan, at which the project for the construction of the Kasp  reservoir was discussed. The press service of the RA government  reports.

According to the source, the project is estimated at 60 million euros  and is planned to be implemented in cooperation with the German bank  KFW. Currently, two options for the construction of the reservoir are  being discussed. The capacity of the Kaps Reservoir will be 60  million cubic meters with a 51 meter long dam. The project provides  for the construction of auxiliary structures of the Kaps reservoir  dam, equipping of hydrological observation points of the Akhuryan  River (from the Arpi reservoir to the Akhuryan reservoir), the  construction of additional stations, the creation of a centralized  database (SCADA system). There will be an opportunity to replace  mechanical irrigation of 2,280 hectares of land with gravity  irrigation, which will save 1.3 million kWh of electricity per year.  With the construction of the reservoir, it will become possible to  expand the irrigated area by 7 thousand hectares in the Talin region.  The project is scheduled to start in 2021 and complete in 3.5 years.

Nikol Pashinyan emphasized the importance of providing consumers with  water and effective management of water resources, noting the need  for consistent work in this direction.

To remind, earlier KfW Bank provided Armenia with a loan of 50  million euros and a grant of 2 million euros for the implementation  of the program for the construction of the Kaps reservoir. The funds  were provided for a period of 15 years with a 5-year grace period at  a fixed credit rate. Financial resources will be used to restore the  Kaps reservoir and re-equip its infrastructure. In particular, for  the completion of work on the reconstruction of a 25 million cubic  meter reservoir on the Akhuryan River, which will make it possible to  use this resource exclusively for irrigation purposes.