Mnatsakanyan is assured: Armenia will manage to agree with Russia on  gas prices 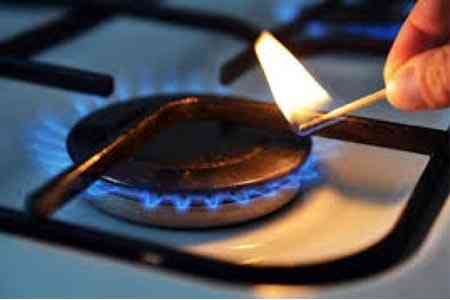 ArmInfo. Energy issues, gas supply issues are the most important issue in the Armenian-Russian bilateral relations - two allied states, which have a fairly broad  agenda.

Armenian Foreign Minister Zohrab Mnatsakanyan stated this in an  interview with "Interfax", answering the question whether he thinks  that the "gas" issue can spoil the allied relations between Armenia  and Russia.

"We have a common agenda - both on security and on economic  development, we are working on this together. We have good potential  - to negotiate and reach agreement. The most important thing is to  reach agreement," Mnatsakanyan said.  Clarifying on the results of  the talks, the Armenian Foreign Minister noted that work in this  direction continues.

Earlier, Garegin Baghramyan, Chairman of the Public Services  Regulatory  Commission (PSRC) of the Republic of Armenia informed  that tariffs for some groups of consumers will increase slightly in  Armenia. According to him, PSRC will made the final decision on the  tariffs  during the current month, but Garegin Baghramyan found it  difficult  to specify an exact time period.

He noted that it was unlikely that the rates proposed by  the  Commission will  undergo changes, but discussions on them continue.  Gazprom Armenia proposed setting an average tariff of $ 283 per 1,000  cubic meters  instead of the current tariff of $ 255, and the  Commission insists on  $ 266.7.

At the same time, as the head of PSRC noted, the price of  gas for  individuals will not change, rates will increase only for  greenhouses, processing enterprises and organizations that consume  more than 10 thousand cubic meters of blue fuel (thermal power  plants, Ed note).

In  many ways, the margin will depend on the gas price at the border.   Garegin Baghramyan found it difficult to name the forecast price at  the border for the coming years, since this issue is not the  responsibility of the PSRC. At the same time, he noted that any  agreement can be changed, and this depends on the will of the  parties, in this case, the governments of Armenia and Russia.

To note, at present, Armenia is purchasing gas from  Russia at a  price of $ 165 per 1,000 cubic meters, which, in the  opinion of the  Armenian side, is an unreasonably high price.

According to the information posted on the PSRC website, the   Commission proposes to maintain the final tariff for individuals in   the amount of 139 thousand drams per 1 thousand cubic meters blue   fuel versus 135 thousand proposed by Gazprom Armenia.

The PSRC also considers it necessary to leave unchanged the tariff  for socially disadvantaged segments of the population - 100 thousand  drams per 1  thousand cubic meters. At the same time, the tariff rate  for gas  consumed by greenhouse farms will increase slightly.

In particular,  instead of 283.14 drams proposed by the gas  monopolist, PSRC proposes  to establish a tariff of 224 drams instead  of 212 drams at present.

For agricultural processing enterprises, instead of 212 drams, the  Commission currently considers the option of 224 drams acceptable  instead of 283.14 drams proposed by the company.