Passenger traffic declines with an increase in cargo traffic 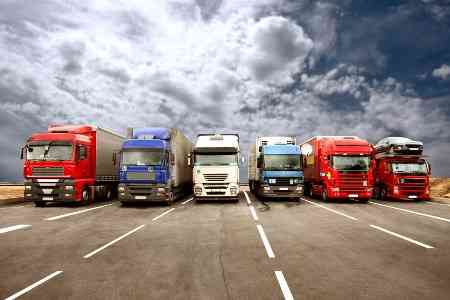 ArmInfo.The volume of cargo transportation in Armenia in January-July 2020 to the same period in 2019 increased by 3.4% (against 55.7% decline a year  earlier), amounting to 7745.1 thousand tons. Of these, 61.6% or  4774.4 thousand tons are accounted for by road transport with an  annual growth of only 0.2%. This is evidenced by the data of the RA  Statistical Committee.

According to statistics, rail freight traffic for the reporting  period increased by 12.2% - to 1910.7 thousand tons. Air cargo  transportation, on the contrary, decreased by 19.4% - to 10.3  thousand tons. The main pipeline supplied 1,051.7 thousand tons of  natural gas, which is 3.6% more than in the same period last year.  Freight turnover increased by 1% - up to 2618 million tons-km.

Note that in Armenia, to combat the spread of the coronavirus  pandemic, a State of Emergency was introduced from March 16, which  was extended monthly and will be lifted from September 12, while  maintaining restrictive security measures. Restrictions on entry and  exit to Armenia through the air borders have been lifted since  September 2, and bans on communication only across land borders  remain.  Restrictions on visits by citizens of Armenia to other  countries remain due to legislative regulations introduced by one  country or another, and are not conditioned by bilateral relations.  As for Russia, the restrictions imposed by the Russian government on  March 16 of this year are still in effect, which also set the  categories of citizens who are allowed to enter the country.  Negotiations with the Russian Federation are continuing on the  resumption of regular flights and the abolition of the ban on entry  for citizens of Armenia.