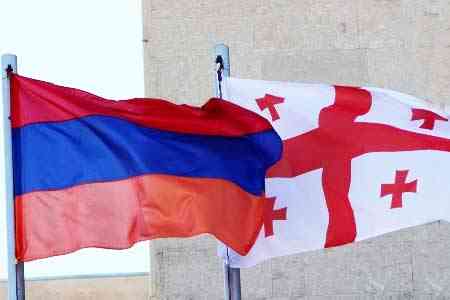 ArmInfo. Armenia and Georgia will exchange preliminary electronic information on the  international movement of vehicles and goods. The RA National  Assembly at its session on September 18 ratified the corresponding  Armenian-Georgian protocol, signed in November 2019.

According to the Chairman of the RA State Revenue Committee Edward  Hovhannisyan, Yerevan previously signed a similar document with  Tehran, which makes it possible to keep an effective record of  vehicles and goods in transit through the territory of Armenia.  The  protocol is aimed at effective risk management and joint use of  checkpoints Bagratashen (Armenia) - Sadakhlo (Georgia), Ayrum  (Armenia) - Sadakhlo (Georgia), Gogavan (Armenia) - Guguti (Georgia),  Bavra (Armenia) - Ninotsminda ( Georgia). The parties to the protocol  undertake to notify the latter by e- mail in advance, prior to  granting permission to enter the territory of the other party for  vehicles and goods.  This will also make it possible to effectively  monitor cargo and vehicles and reduce the time of their inspection.