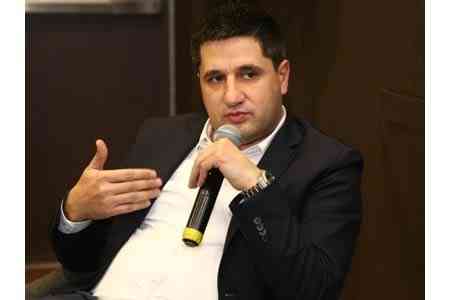 ArmInfo. One of the fastest internet networks in the world will appear in Yerevan. Telecommunication company Telecom Armenia (TM Beeline) announced the start of work on the construction of the most advanced fiber-optic network in the region - Next Generation Network (NGN).

According to the press service of the company, the construction of a new generation network began from the capital's administrative district of Davtashen. As a result, in the coming months, Internet with a bandwidth of 10 Gb / s will be available in all apartments in this metropolitan district.  It is reported that the NGN network will be laid underground, due to which the highest reliability of communication services will be provided, while maintaining the aesthetic appearance of the city's streets.  According to the source, the advantage of the NGN network is that each subscriber has the opportunity to have a separate fiber-optic channel from his apartment to the company's data center, which connects the subscriber with the international Internet backbones without data loss.

<For more than 100 years (taking into account the communication infrastructure of the Republic of Armenia, which came under the control of Telecom Armenia - Ed. note) we provide communications services, and today we are leaping into the next century with a new fiber optic network that will be one of the best in the world. This is a completely new quality of services, and the possibilities of this network seem to be limitless, "said Hayk Yesayan, General Director of Telecom Armenia.

In turn, the technical director of Telecom Armenia Gevorg Gevorgyan added that the construction of the new infrastructure will also allow transferring large volumes of information within the network. "This network will provide an opportunity to significantly improve the quality of mobile Internet and mobile telephone communications and will be able to satisfy both our and other operators' needs," he said.  More than 120 employees of Telecom Armenia are involved in the construction of the network in Davtashen. During the construction of the infrastructure, about 100 km of trunk cables and more than 400 km of fiber-optic lines will be installed, through which tens of thousands of subscribers will be able to connect to the network.  It should be reminded that the brothers Alexander and Hayk Yesayans are the only owners of Telecom Armenia. The latter are citizens of Armenia and have extensive experience in the field of telecommunications. For many years, the brothers headed the telecommunications company Ucom in the RA.