Another major company on-line development will be launched  in  Armenia 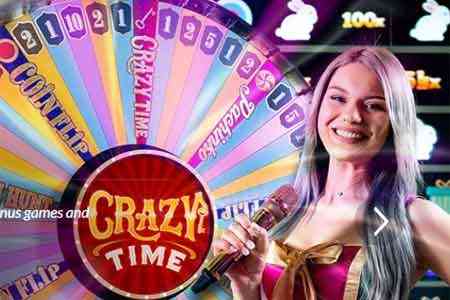 ArmInfo.Another major and online online game development companies will soon appear in Armenia.  Swedish developer of  online casinos, a  company of  Evolution stated the   intention rto open its representative office. The Minister of Economy of the  country Wagan Kerobyan reported on his page in Facebook.

It should be noted that this Swedish company, which is considered to  be a Live Casino number one provider in the world, has a  capitalization of $ 25 billion. According to the annual report of the  company, the operating revenue in 2020 increased by 68% to 177.7  million euros (106.0), EBITDA amounted to 115.6 million euros, an  increase of 107%, with a margin of 65.1% (52.7% ). Profit amounted to  80.6 million euros. The company's shares are quoted on NASDAQ. At the  end of the year, profits per share amounted to 0.42 euros. Among the  clients of the company from over 45 world gaming brands.

According to experts, the Armenian market is becoming increasingly  attractive for Live Casino providers. Moreover, the cause of such  interest are two mutually exclusive factor: on the one hand - the  presence of technically educated and creative youth in the country as  a labor asset, and the second - the presence of the so-called  . From an economic point of  view, the second can be considered as more than doubtful.   It should be noted that the company for programming game algorithms  "Digitain" is expanding its capabilities in Armenia. She recently  reported that it intends to invest in Armenian business about $ 40  million US dollars.