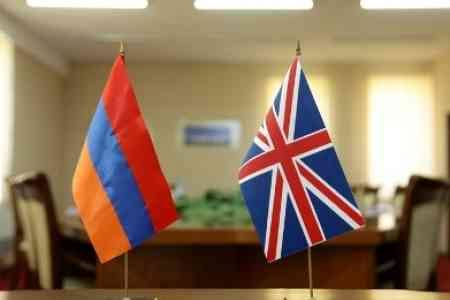 ArmInfo. Nuclear power can make a significant contribution to reducing greenhouse gas emissions and improving energy security, while at the same time supplying the  growing amounts of energy needed for a country's development. This is  stated in the message of the British Embassy in Armenia.

"To improve the nuclear industry, it is vital to ensure that nuclear  facilities are built and operated in accordance with the highest  safety standards.

The diplomatic mission also reported that in this context, the first  online meeting of representatives of the regulatory authorities of  Armenia and the United Kingdom was held last week, which laid the  foundation for expanding bilateral cooperation.

Deputy Head of Mission of the British Embassy of the Republic of  Armenia Victor Clark welcomed the participants of the event and  wished them success. "I believe that this cooperation will help  strengthen the supervisory capacity of the Armenian nuclear  regulatory authority and promote an effective nuclear safety culture  in Armenia," he said.