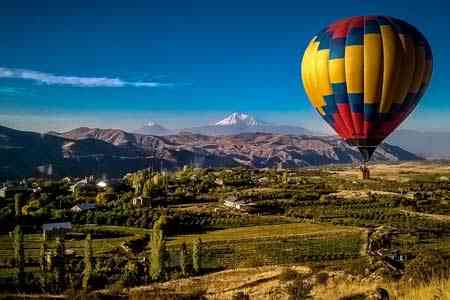 According to the Financial Rating of insurance  Companies in Armenia prepared by ArmInfo IC, the capacity of the  retail insurance market grew by a modest 1.4% from a more meager 0.3%  a year earlier, while the dynamics of corporate insurance went from a  6.5% decline to a 4.5% increase.

According to the results of the first quarter of 2021, corporate  insurance prevails in the premium portfolios of five companies, and  only RESO Insurance Company dominates retail. The largest gap between  corporate and retail insurance remains in the IC "INGO Armenia" -  75.1% against retail 24.9%, and the smallest gap in the IC "Nairi  Insurance" - 54.6% against retail 45.4%. And only the retail  component dominates the IC "RESO" - 55.3% against the corporate  44.7%. A year earlier, in the first quarter of 2020, INGO Armenia was  also the most dominant corporate portfolio in premiums (80.9%), and  the only one with a dominant retail component was again IC RESO  (60.8%).

In the structure of insurance reimbursements in the first quarter of  2021, the share of payments to retail customers accounted for 64.8%  or 4.5 billion drams, corporate-35.2% or 2.5 billion drams, compared  to 68.7% and 31.3%, respectively, a year earlier. At the same time,  the acceleration in the growth of compensation to legal entities from  12% to 23% was accompanied by a slowdown in the growth of payments to  individuals from 5% to 3%. During the reporting quarter, the  compensation portfolio of three companies was dominated by the  corporate component (with a maximum of INGO Armenia - 53.7%), and the  other three - by the retail component (with a maximum of Rosgosstrakh  Armenia - 89.6%), while a year earlier the only IC with a corporate  dominant was INGO Armenia (50.3%) and the maximum retail dominant was  Rosgosstrakh Armenia (94.1%).

In the structure of premiums listed for reinsurance, the share of  corporate insurance in the first quarter of 2021 amounted to 81.6% or  2.2 billion drams (with a reversal of the annual dynamics from a 37%  decline to a 26% increase), and retail insurance-18.4% or 486.9  million drams (with an acceleration of annual growth from 51% to 2.6  times), compared to 90.1% and 9.9%, respectively, a year earlier. The  largest share of the corporate component in the premiums listed for  reinsurance was recorded by Rosgosstrakh Armenia Insurance Company -  95% against retail 5%, and the smallest share by Sil Insurance  Insurance Company-65.1% against retail 34.9%. A year earlier, the  largest gap between the corporate component and the retail component  was distinguished by SC "Armenia Insurance" - 98.4% vs. 1.6%, and the  smallest - SC "RESO" - 80.5% vs. 34.9%.

Recall that there are 6 companies operating in the insurance market  of Armenia, operating from the existing 20 classes of 17, with the  exception of insurance of railway transport, liability from the use  of railway transport, insurance of judicial and non-judicial  expenses. Since 2019, at the request of the Central Bank of the  Republic of Armenia, the line insurance of seismic risks (from  earthquakes) has been added to the financial reports for the  portfolio, and since the second quarter of 2020, the line insurance  of agricultural risks (agricultural insurance) has been added, the  data for which are not taken into account in the results, since they  are already included in the corresponding insurance classes.   According to the largest number of classes, the IC "INGO Armenia" -  16 (the only one operating in the class of water transport insurance)  and the IC "Rosgosstrakh Armenia" - 15 are licensed. (The estimated  exchange rate of AMD to the dollar as of 31.03.21 was 531.17  drams/$1).