Head of the Fund: Electricity tariff may be lowered 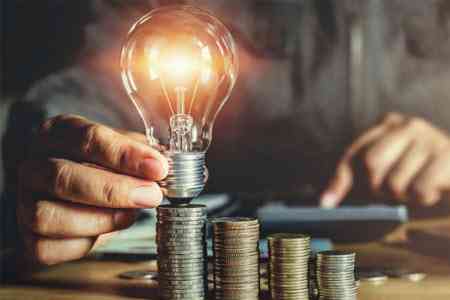 ArmInfo. The liberalization of the electricity market will lead to a reduction in the price of  electricity. Director of the Fund for Renewable Energy and Energy  Saving of Armenia Karen Asatryan stated this, presenting the plans  for 2021 and the results of the Fund's activities in past years.

Asatryan recalled that in January 2021, the Strategic Program for the  Development of the Energy Sector until 2040 was adopted. The program  pays special attention to the creation of new capacities through the  construction of new solar and wind power plants.

So, taking into account the republic's potential in this area, and  the potential was calculated within the framework of a program  launched in 2016 together with the World Bank, the strategy enshrined  plans for the construction of solar photovoltaic stations up to 1,000  MW by 2030. The electricity accumulated through these stations,  according to the director of the Fund, will make up about 15% of the  electricity produced in the republic.

In addition to the construction of solar power plants, there are  plans to develop wind energy - by 2040, wind power plants of system  significance with a capacity of up to 500 MW will be built. The  construction of helio and wind stations, Asatryan noted, will be  carried out on the basis of a public-private partnership.  Within the  framework of the strategic document, Armenia will implement plans to  liberalize the energy market. Such a concept as the purchase and sale  of electricity will be introduced and each licensed "seller" of  electricity will be able to make a public offer to a subscriber.  Thus, as a result of the creation of a competitive environment, the  tariff should be reduced in price, the expert noted.

The "Strategic Program for the Development of the Energy Sector until  2040" also provides for the development of the energy saving field.  So, today the available technologies allow achieving energy savings  of up to 30-40%. Each saved kW of electricity, as explained by the  head of the Fund, is 2.2-fold cheaper than the cost of generating  electricity itself.

Earlier, ArmInfo reported that according to studies, solar energy,  which is an inexhaustible source of energy, may in the future take  50-60% of the country's energy balance. Meanwhile, the problem lies  in accumulation stations, the absence of which can negate all the  efforts of the government. In a conversation with the ArmInfo  correspondent Deputy Minister of Territorial Administration and  Infrastructures of the Republic of Armenia Hakob Vardanyan noted that  today there is an opportunity to increase the capacity of solar power  plants to 400 MW. But for their effective functioning, especially  when building large solar power plants of industrial importance, an  accumulation station will be needed, since by the evening, when the  possibilities of this type of generation are sharply reduced, there  will be a need to replenish these volumes.