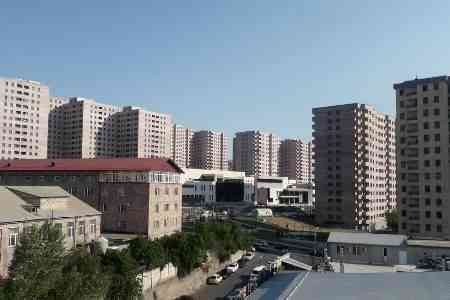 ArmInfo.In the real estate market of Armenia, in April 2021, transactions for the purchase and sale of apartments in the capital decreased by 7.1% with a weak 0.5% rise in  prices. And on a y-o-y basis (compared to April 2020) a 4.7-fold  increase in the number of transactions was accompanied by a 6.2% drop  in apartment prices. This is evidenced by the data of the State  Committee of the Real Estate Cadastre.

ArmInfo analysts believe: " The real estate market of Armenia is in a  state of anticipation in connection with the upcoming early elections  on June 20. Already following their results, a certain long-term  "behavioral" trend will begin to form.

By the number of transactions for the purchase and sale of apartments  in the capital, the administrative district of Shengavit is in the  lead (19.4%), and the lowest percentage (2.4%) falls on Avan.