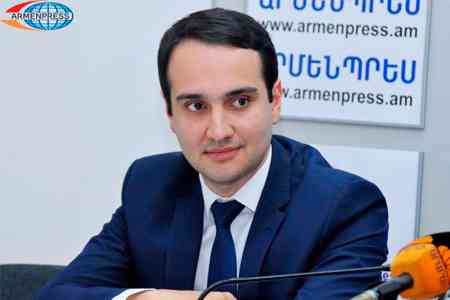 According to Avanesyan, according to the forecasts of the Ministry of  Economy, the tourism sector should recover at a rapid pace. So,  according to him, Armenia's indicators on coronavirus are better than  its competitors. In addition, according to the latest data, 50% of  Russians are preparing to spend the summer abroad, although early  polls indicated 32%. In his words, this will also affect Armenian  tourism.  Nevertheless, everything will depend on the world tourist  flows, he explained.

It should be noted that earlier Anush Babayan, Deputy Director of the  Department for International Cooperation of the Tourism Committee of  Armenia, reported that in January-March of this year, 86,524 tourists  visited Armenia, which is 72% less than a year ago. According to her,  mainly tourists from Russia, Georgia, Iran and the United States  visited the country.  According to the RA Statistical Committee,  375,216 people visited Armenia for tourism purposes in 2020, which is  80.2% less than a year ago. In 2019, the number of tourists in  Armenia exceeded 1.8 million, which is 14% more than in 2018.   According to forecasts of the Ministry of Economy, 1.2 million  tourists will visit Armenia this year.