PSRC Head: There are no problems with the production capacity of  electricity in Armenia 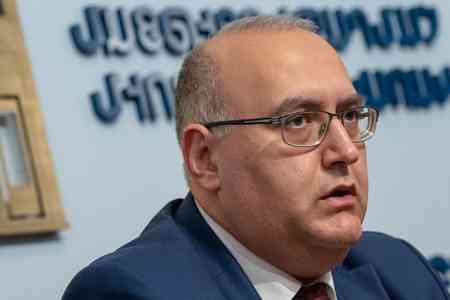 ArmInfo. There are no, and cannot be, problems with the production capacity of electricity in Armenia, Chairman of the Public Services Regulatory Commission Garegin Baghramyan assured journalists on June 2 in the parliament.

According to Baghramyan, in the case of a shutdown of the nuclear  power plant for 141 days, it was planned to replace it with the  production resource of the Hrazdan TPP. A balance sheet was drawn up  for the production of the Hrazdan TPP, and tariffs were set. "In May,  it became possible to import cheap electricity from Georgia - in this  part, the work of the Hrazdan TPP was suspended," Garegin Baghramyan  said that one of the TPP units will be connected in June.

In particular, as the head of the PSRC explained, the electricity of  the TPP costs about 33 drams, and the electricity imported from  Georgia is about 24 drams . "Thus, the system generates a profit of 9  AMD per kilowatt. They will be deducted from the final tariff when  they are revised next year," he said.

Referring to the losses of the electric power system due to the fact  that Armenia imported it, including from Artsakh, Garegin Baghramyan  stated that the planned export volume was about 300-330 million  kilowatt- hours of electricity out of about 6-7 billion generated in  the RA itself. "Electricity was exported from Artsakh at a price of  about 25-26 drams, and the electricity generated by the Hrazdan TPP  costs 33 drams, and when we replaced it, we lost 8 drams in each  kilowatt," Baghramyan said.

At the same time, as the PSRC head assured, today Artsakh does not  face the problem of energy security, since it is connected in  parallel to the energy system of Armenia and uses it if necessary.

To recall, On May 15, the key Planned-precautionary repair started at  the Armenian NPP as part of a project to modernize and extend the  life of the plant. The Armenian NPP will shutdown for 141 days - this  is the longest maintenance work since the start of the project. Such  a long shutdown is connected with the final important work on the  modernization of the second power unit of the Armenian NPP.  Activities at the NPP are carried out to improve the efficiency and  reliability of the plant.