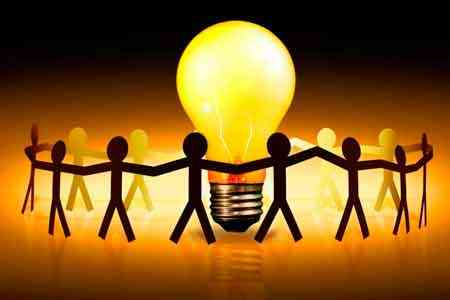 ArmInfo.The Caucasian Power Transmission Network Program,  which provides for the construction of a power transmission line and  an Armenia-Georgia substation for the organization of parallel  synchronous operation of the energy systems of the two countries,  will start working after 2025 in the best case scenario.

As Deputy Minister of Territorial Administration Hakob Vardanyan said  in a speech in the parliament, the difficulties with the organization  of the parallel operation mode are connected with the delay in the  construction of infrastructure, including the converter station.

However, as the deputy minister said, there are no difficulties with  ensuring the island regime of electricity flow. Today, Armenia  purchases electricity from Georgia in the import regime, not because  of a deficit, but because of its cheapness, thanks to which, for the  first time in recent years, it has been possible to provide "tariff  savings" in the amount of 2.6 billion drams from February to early  June.

To recall, within the framework of the Caucasian Power Transmission  Network Program, it is planned to build the "Ddmashen" with a voltage  of 400/220/10 kV substation, "Ayrum" converter station of 400/500 kV,   with the possibility of synchronizing the work of regional power  systems.

To note, however, that the project for the construction of the  North-South energy corridor, designed to unite the electric power  systems of Iran, Armenia, Georgia and Russia, faced a number of  problems. The program for the construction of 400-kilovolt power  lines Iran-Armenia and Armenia-Georgia was to be implemented by the  end of 2019. And if the construction of the Iran-Armenia power  transmission line has been completed by 40-50%, then the parties have  not started to build a similar power transmission line with Georgia.   The terms of reference for the program were developed by the German  bank KfW, which finances the program, and the company FICHTNER, which  won the tender to identify the project consultant. According to the  terms of reference, the project was divided into several stages. At  the first stage, it was planned to modernize an electrical substation  with a voltage of 220 kV, build a new substation with a voltage of  400 kV, and build a new overhead power line to the Georgian border.