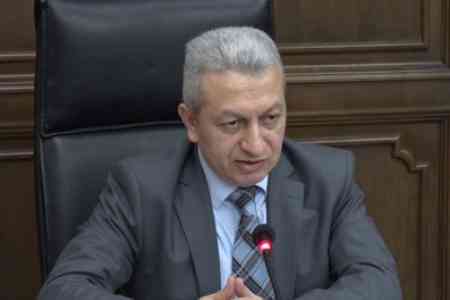 ArmInfo. In 2020, the office of the Prime Minister of Armenia spent 18.5 billion drams (about $ 38 million) or 71.2% of about 26 billion drams envisaged by the adjusted  program to finance 10 programs and 57 events, the acting Head of the  RA Ministry of Finance Atom Janjughazyan said on June 4 in the  parliament during the preliminary discussion of the annual report "On  the execution of the state budget of the Republic of Armenia for  2020".

The chief financier of the republic once again recalled that  in the crisis year of 2020, the authorities did not cut costs, but,  on the contrary, increased them in order to mitigate the negative  consequences.

The office of the President of Armenia spent 1 billion 402 million  drams or 95.6% of the specified program to finance 4 events. The  expenses of the staff of the RA National Assembly for the  implementation of 6 events in the reporting year amounted to 4  billion 787 million drams or 90.9% of the "revised budget".

Referring to the fact that in 2020 due to the pandemic there was an  opportunity to save money "for travel expenses", Janjughazyan noted  that these funds were redistributed, in particular, in connection  with the coronavirus, AMD 75 billion and AMD 124 billion were spent  on military operations. At the same time, as pointed out by the  acting Head of the Ministry of Finance, in order to implement the  listed additional costs, the government was forced not only to revise  its priorities, but also to attract new external borrowings that were  not provided for by the state budget.