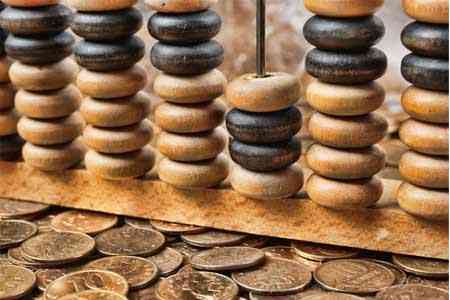 So, according to her, 219.4 million drams were allocated to finance  the activities of the Commission in 2020 according to the specified  program, but at the end of the year the amount of 60 million drams  was returned to the state budget.

At the same time, as Harutyunyan recalled, the Commission was formed  in November 2018, meanwhile, the budget of the department was  approved earlier, within the framework of various intermediate  processes.

"As a result, the submitted budget, as well as the report on its  implementation, in fact in no way reflects not only the financial,  but also the final performance of the Commission," she said. In  particular, according to her, when calculating the budget, its  authors were guided by the financial indicators of the Commission on  ethics of high-ranking officials, on the basis of which the body was  formed. Meanwhile, the functionality and apparatus of the new  commission is much broader.

In this regard, as Harutyunyan said, in order to fill this gap and  not fail in such an important direction for the state, the Commission  conducted rather close cooperation with international donors. In  particular, within the framework of various cooperation programs with  bodies from the US, CE, UN, donor assistance exceeded budgetary  allocations and, in general, amounted to $ 900 thousand. The funds  were used to purchase property, work on capital repairs of the  territory provided to the Commission. The resources of the state  budget were enough only to pay the salaries of employees.

Chairman of the Standing Committee on State and Legal Affairs of the  National Assembly,  member of the ruling "My Step" faction Vladimir  Vardanyan, reacted to this statement, calling it "unacceptable."  "Government agencies can be financed exclusively from the state  budget," he said, hinting that .  In response, Harutyunyan  explained that the Commission did not receive a penny directly, for  example, the donor organization transferred funds to the company from  which the services were purchased.  To recall, the decision to create  a commission was made in July 2017 with the adoption of the law "On  the body for the prevention of corruption." The Commission was  established on the basis of the Commission on Ethics of High-ranking  Officials in accordance with a number of international conventions  ratified by Armenia. The body carries out functions to prevent  corruption, including compliance with ethical requirements, conflicts  of interest and other restrictions applied to officials and civil  servants, implementation of asset and income declaration systems, and  raising public awareness. The body is also endowed with the necessary  instrumentation and leverage. One of the most important elements of  this toolkit is the right to sanction. In addition, in case of  violation of the requirements related to the declaration, the  authority will immediately apply sanctions. The list of persons who  undertake to submit declarations is also expanding. Haykui  Harutyunyan was elected as the Chairman of the Anti-Corruption  Commission on November 26, 2019 following an open vote with the  participation of five members of the commission.