Export of buckwheat from Russia has been temporarily banned 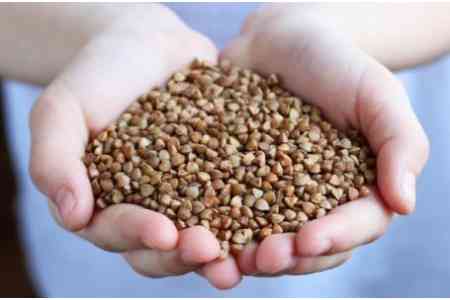 ArmInfo.From June 5 to September 1, 2021, there is a ban on the export of buckwheat, buckwheat groats and grain from Russia. This, as reported by "Parlamentskaya Gazeta"  (Parliamentary Gazette), is stated in the decree of the government of  the Russian Federation, which comes into force on June 5.

At the same time, the document introduces buckwheat, cereals and  grain into the list of goods that are essential for the domestic  market of Russia. It is permissible to impose an embargo on goods  from this list.  The ban will not affect humanitarian aid and transit  traffic. Also, buckwheat will be allowed abroad if it is exported as  supplies. Our soldiers stationed in other countries, workers of the  Baikonur Cosmodrome and scientists on the Spitsbergen archipelago  will not be left without buckwheat porridge either.

The Ministry of Agriculture came up with an initiative to limit the  export of buckwheat in April. The ministry explained that supplies to  other countries rose sharply in volumes due to high prices for  cereals in the world market. A temporary ban on the export of  buckwheat should protect the Russian market from sharp price  fluctuations and a shortage of useful porridge.