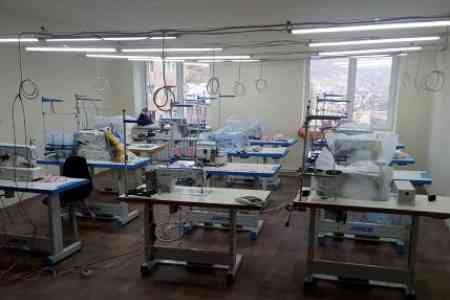 According to the source, a slowdown in y-o-y growth from 27.1% to  8.8% was recorded in the mining industry and open pit development,  with a volume of 180.3 billion drams secured. And in April alone, the  mining industry showed an increase of 5.1% - up to 50.8 billion  drams.

According to statistics, in January-April 2021, the supply of  electricity, gas, steam and conditioned air as a whole increased  against the same period of 2020 by 9.7% (against 5.9% growth a year  earlier), amounting to 97.7 billion drams, with monthly decline by  24.9% - up to 19.9 billion drams. Moreover, generation, transmission  and distribution of electricity for the reporting period increased by  10.6% per annum, while gas production, distribution of gaseous fuel  through gas supply systems increased by 5.8%.

Revenues from water supply, waste treatment and processing and  production of secondary raw materials for the reporting period  increased by 2.8% per annum (against 19.2% decline a year earlier),  amounting to 6.7 billion drams. On a monthly terms, this segment  showed an increase of 4% - up to 1.7 billion drams.

Moreover, the upward annual dynamics in this segment was mainly due  to the collection, treatment and distribution of water (an increase  of 4.1%).