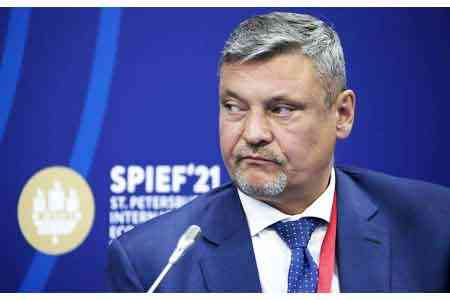 ArmInfo.RUSAL, one of the world's largest aluminum  producers, has announced a strategic transformation that will spin  off assets that require costly upgrades to reduce emissions into a  separate entity. This was stated by the CEO of RUSAL Evgeny Nikitin  at the St. Petersburg International Economic Forum.

The company itself will change its name to AL + and will focus on the  production and export of low- carbon aluminum under the ALLOW brand  and high value-added products.

RUSAL's Board of Directors has approved a corresponding proposal from  management, which is in line with the company's strategy and  commitments to achieve zero carbon dioxide emissions by 2050.  Among  the assets that will be included in AL +, all enterprises of the  Downstream division will remain, including foil rolling mills -  ARMENAL, SAYANAL, Uralskaya Foil and Sayanskaya Foil.

"RUSAL plans to complete the split into two companies in the first  half of 2022. The transformation will not affect the daily life and  work of employees of the enterprises. All employees will continue to  work under previously concluded labor contracts. All obligations to  them, including those under collective agreements, will remain.  Salaries, bonuses and social benefits will not change. Implementation  of all social projects in the regions of our presence will continue,  "said Evgeny Nikitin.

To note, ARMENAL has been part of RUSAL since 2000. It is one of the  largest industrial enterprises in Armenia and the only producer of  aluminum foil in the Caucasus and Central Asia. Created on the basis  of the Kanaker aluminum plant, which was commissioned in 1950.