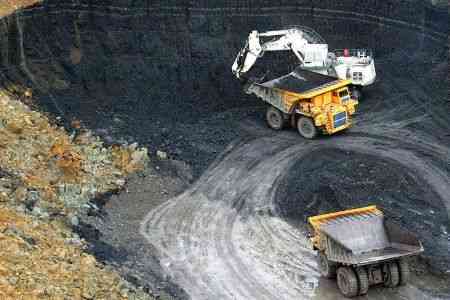 ArmInfo.The Armenian government accepted the donation of a 25% shares of  Zangezur Copper-Molybdenum Combine CJSC from the Russian Industrial Company JSC. The decision was made in the form of a "written vote" and published on September  30 late in the evening on the official website of the government.

1. To accept the donation of the 25% (twenty five percent) 412 250.75  (four hundred and twelve thousand two hundred fifty seventy five)  common (ordinary) shares of "Zangezur Copper and Molybdenum Combine"  CJSC to the Republic of Armenia from the "Industrial Company" JCS  owned by the JSC on property rights, with a nominal value of 20,000  (twenty thousand) drams, entrusting the authority to manage shares to  the Office of the Prime Minister of the Republic of Armenia.

2. The Office of the Prime Minister of the Republic of Armenia,  together with the "Industrial Company" Joint Stock Company, within  ten days in accordance with the established procedure, ensure the  conclusion of the share donation agreement referred to in paragraph 1  of this article and state registration of ownership at the expense of  the donor company specified in paragraph 1 of this decisions ",   stated in the decision of the government.

Information on when exactly 60% of the shares were transferred to  "Industrial Company" JSC is not provided. It is noteworthy that  according to previously available information, 60% of the shares of  Zangezur Copper Molybdenum Combine CJSC (ZCMC), the largest mining  company in Armenia, was officially acted by the German Cronimet  Mining company (60%), Yerevan "Plant of Pure Iron" OJSC(15%),"  Armenian Molybdenum Production "LLC and" Zangezur Mining "LLC (12.5%  each).

According to open sources of information, the General Director of  "Industrial Company" JSC, registered on 12.12.2017 in the Russian  Federation, is Viktoria Soldatova (it is noted that she is in the  register of small and medium-sized businesses: from 10.12.2018 as a  micro-enterprise Sergey). Shcherbakov is indicated as the founder of  the JSC.  Information about "Industrial Company" JSC cannot be found  in the register of real beneficiaries of ZCMC.

To recall, in April Nikol Pashinyan reported that the Armenian  government received signals from its foreign partners that dubious  and incomprehensible processes were taking place at the ZCMC, which  is undoubtedly a national treasure. In this regard, he noted the need  to return to the 2000s, when ZCMC was privatized, what was the price  of privatization, the scheme, from whose side, whose names appear,  who then became the owner, what are they doing today.