Armenia will allocate more for military spending in 2022 than in  2021, but less than for servicing and paying off government debt 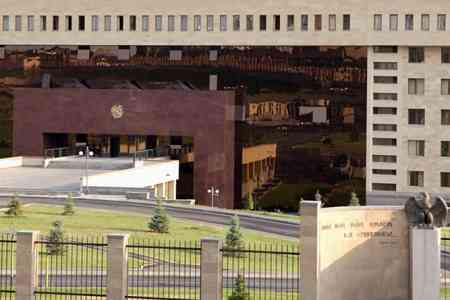 So, according to the draft law "On the state budget of the  Republic of Armenia for 2022", approved at a government meeting on  September 30, the financial authorities plan to allocate 15.8% of the  expenditure part of the state budget to the defense sector.

As part of the event to replenish medical equipment, 1,129.8 million  drams will be allocated to implement the supply of modern medical  equipment to the central garrison military hospitals. 1,029.1 million  drams will be allocated for military training and retraining. The  draft state budget of the Republic of Armenia for 2022 envisages  869.4 million drams for the International Military Cooperation  Program (to finance the expenses of 18 military attaches and  representatives of the Armed Forces of the Republic of Armenia in the  embassies of foreign states and in international organizations).  Within the framework of the humanitarian demining and expert services  program, it is planned to clear 50,000 sq. meters - 317.6 million  drams are provided for these purposes, which is 21.4 million drams  less than the funding approved by the RA state budget for 2021.